In the early 1980s, I got my first programming job and my first car loan. I was writing accounting software in compiled BASIC on PDP-11s, and the interest on my car loan was 17% per year. I still have a soft spot in my heart for BASIC, but only bad memories of the car loan, which sucked up a substantial part of the income I earned for writing the code.

Many people reading this article will never have lived through an inflationary cycle. For decades, interest rates and inflation have been historically low, and inflation has not been a problem in everyday life. But now, the price of everything is climbing. A recent article shows inflation surging to over 6% after Q2 2021, compared to previous rates hovering at 1-3% for many years.

A few years ago, I wrote an article about how commercial open source was a good investment during recessions. Now, I'm wondering if it is also a good investment in inflationary cycles. And for many of the same reasons, I think it is.

The schoolbook definition of inflation is too much money chasing too few goods. This is Economics 101 -- if people have money, and they want things, and there are not enough things, the market allocates goods among competing buyers by sellers raising prices. You may have noticed one part of this equation taking place already, as Uber raises fares trying to find more drivers willing to work, and supply chain shortages make electronics harder to buy -- so-called "demand pull"; inflation. The other part of the equation -- "cost push" -- is coming soon; the US recently passed a trillion dollar infrastructure bill, which is estimated to add $351 billion to the budget deficit. The arguments about whether unprecedented deficit spending will be inflationary are amusing, in a sad way. It almost sounds like our lawmakers are proving to us that our school system needs a better arithmetic curriculum. On the heels of the infrastructure bill are also likely to be new regulatory regimes that will further increase the price of goods.

In 2020, many people were concerned about the possibility of a recession due to the COVID-19 pandemic. Those fears were not exactly borne out. Instead, some industries boomed and some busted, but overall, the US economy weathered the pandemic better than anyone expected. However, even at the outset, many of us were concerned that the real cost of the pandemic was likely to be an inflationary cycle, which could be with us for many years to come. 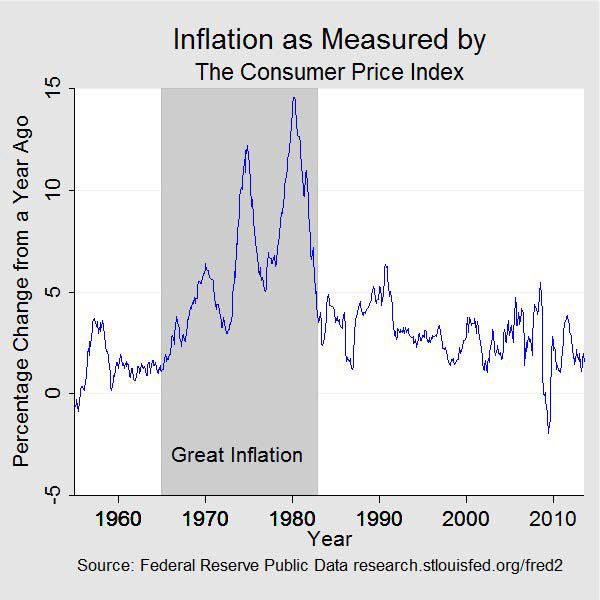 The problem with inflation is that once it starts, it can be hard to stop, because people pricing goods build in cost-of-living accelerators. In the early 1980s, we experienced what is called an inflationary spiral -- prices go up, cost of living goes up, workers demand higher wages, prices go up, and the cycle begins again. In the early 1980s, the US Federal Reserve took extreme measures to raise rates, with the county enduring a deep recession before the cycle ended. Today, the only question about inflation in the near term is: how much, how fast, and will we be able to learn from the past to rein it in?

So as they say, fasten your seat belts, it's going to be a bumpy night.

Open source has become a common business tool only over the past 30 years or so, and, luckily, these years have been historically free from inflation. So, unlike my prior analysis of open source as an investment in recessions, this one can't be empirical, and we need to reason from first principles.

The good news in 2021 is that interest rates have been so low in recent years that there is a lot of room for monetary policy to put the brakes on an inflationary spiral. Also, today, our data is better, we are no longer tethered to a gold standard, and our understanding of monetary policy is more sophisticated than ever. Perhaps the AI that will be used to address monetary policy in the coming years will come from the very open source projects that survive the cycle. But in the meantime, inflation hurts, as anyone who has lived through it can tell you. It hurts consumers and it hurts businesses. As they have in the last few recessions, open source businesses are poised to endure this pain better than most.

* To be precise, there are some costs to distributing open source code, like serving downloads, but they are tiny in comparison to most cost-of-goods analyses.

If you want to learn more about the Great Inflation of the late 1970s and early 1980s, which has been called the defining moment of the economy in the late 20th century, this is an excellent article: https://www.federalreservehistory.org/essays/great-inflation. This article does not discuss Nixon's wage/price freezes of 1971 and 1973, which failed to curb inflation, probably because they focused on demand-pull and cost-push, and did not properly take into account the effects of monetary policy.

How to forget about being commercial open source, and sell Coca Cola.

What is Open Source?

Once unpublished, this post will become invisible to the public and only accessible to Heather Meeker.