In 2000, I developed an open source library that allowed the creation and manipulation of documents in the PDF format. I named this library "iText", and for many years, companies could use it for free because I released the software under the MPL/LGPL.

iText became extremely popular, to the extent that I almost gave up on it: there were too many people demanding answers to their technical questions. Some of them were downright rude when I told them that I lacked the time. I used to say "free Software doesn't equal free consultancy" on a daily basis. To support my family, I couldn't afford neglecting my day job. Surely people couldn't expect me to ignore the needs of my employer so that I could help them for free? It was quite frustrating to see others (mainly software integrators working on big projects for the government and large corporations) making money with iText, never giving anything in return to the developer who created the software they were using.

In 2008, I decided to create a company and develop a business for iText. As it was hard to make money with software that was licensed as MPL/LGPL, I made the decision to make the switch to the AGPL. There was a lot of opposition against this move, but eventually, it turned out to be the right decision. Thanks to the AGPL, I was able to generate the resources to pay developers, support engineers, and so on. Without those resources, the project would not have survived.

I sold three quarters of the company in December 2015; I sold the remainder of my shares in 2018 and 2019. Once in a while, I take a look at the publicly available financial statements of iText Group NV. Although I am no longer part of the company, I am still very proud of what I see: 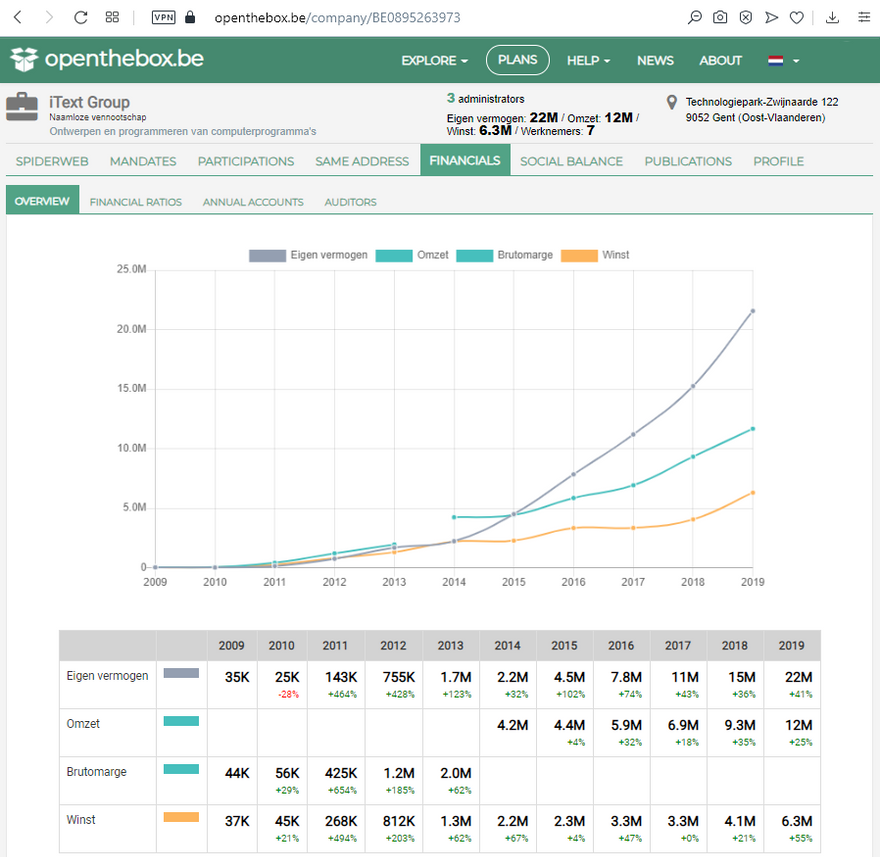 The Chart was created with openthebox.be; all numbers are in euro.

If you want to know the full story, join the group Entreprenerd on LinkedIn, or check out the Entreprenerd website.