Welcome to the second issue of the COSS Weekly, the global Commercial Open-Source ecosystem newsletter brought to you every Sunday by Joseph Jacks and team at COSS Media, OSS Capital and the organizers of Open Core Summit.

(This issue includes all activity since the first issue. Rest assured, Issue #3 will resume a weekly cadence and only include events from the prior week.)

FingerprintJS raises $4M to offer browser footprinting-as-a-service for any kind of application. Link

Anyscale, creators of the Ray open-source Python framework for distributed computing projects, has raised $40M from NEA and Andreessen Horowitz.Link

Altinity, the largest enterprise ClickHouse services provider, launched its first cloud service and will fund further development with a $4M investment from Accel.Link

Cube Dev, open-source company behind Cube.js, has raised a $6.2 million seed round to help developers write analytics applications for both internal and external users. Link

Glenn Solomon: How Open Source Companies Can Win In a World Dominated by Amazon, Microsoft, and Google. Link

Introduction to the Open Source Business Forum community and the future of open source in Europe. Link

How open-source software transformed the business world, and became vital for vertical markets and companies. Link

Completely community-driven, with no centralized ownership, Postgres has been the elephant in the room for more than 30 years. Link

HashiCorp announces two new open-source projects: Waypoint for consistent developer workflows across any platform, and Boundary for simple and secure remote access to any system based on trusted identity.

Thoughts and questions from Andy Randall (VP Business Development at Kinvolk) on the business of open source. Link

COSS companies on track to raise more than $3B in 2020, with more announcements and data to come. Link

Well north of $3 Billion exchanged hands in liquidity land over the last year across 2 COSS IPOs and 10+ COSS M&A transactions.

Twilio acquires Segment for $3.2B. Link 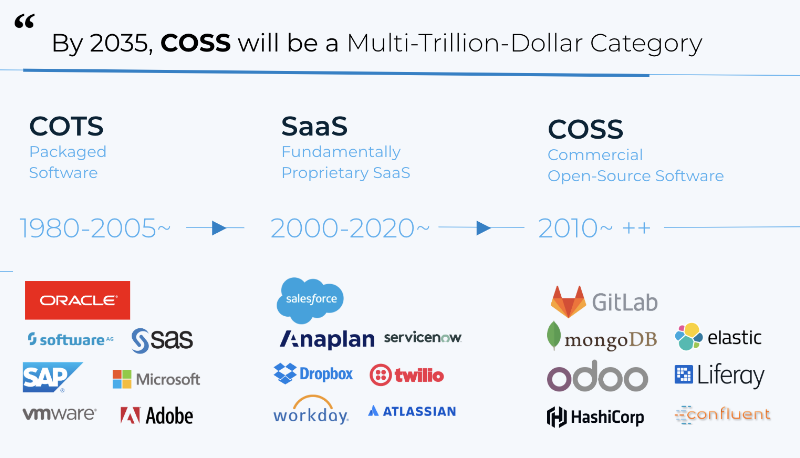