Welcome to the eighth issue of the COSS Weekly, the global Commercial Open-Source ecosystem newsletter brought to you every Sunday by Joseph Jacks and team at COSS Media, OSS Capital and the organizers of Open Core Summit.

Explore a list of FOSS technologies focused on creating "git for data" solutions, made by Joseph Jacks of OSS Capital and Justin Cormack of Docker. Link

How computing has evolved, and why you need a multi-cloud strategy by Urz Hölzle. Link

Watch + listen to Joseph Jacks on the Open Source for Business podcast. Link

Thread on the victories and losses of Docker. Link

Shlomi Ben Haim explains why developers are the rainmakers. Link

Kong named one of the 50 most promising startups by The Information. Link 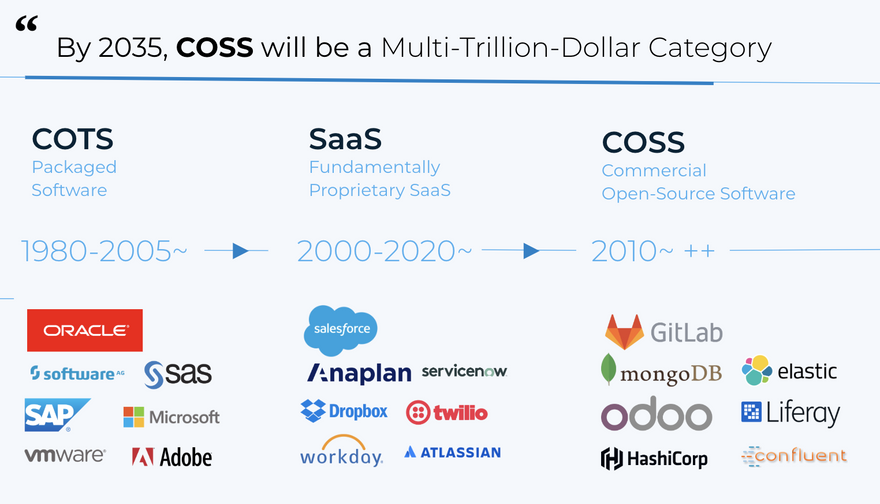